This topic lists troubleshooting information related to QGroundControl setup and installation on the host computer.

Problems when using QGroundControl to interact with a vehicle are covered in: QGC Vehicle Interaction Problems.

On Windows 64-bit machines QGroundControl may sometimes play audio/messages in a language that does not match the Text-to-speech setting in Control Panel > Speech (e.g. audio spoken in German on an English machine).

This can occur because 64-bit Windows only displays 64-bit voices, while QGroundControl is a 32-bit application (on Windows) and hence can only run 32-bit voices.

The solution is to set the desired 32-bit voice for your system:

Additional information about the Windows speech APIs can be found here.

If you experience UI rendering issues or video driver crashes on Windows, this may be caused by "flaky" OpenGL drivers. QGroundControl provides 3 shortcuts that you can use to start QGroundControl in "safer" video modes (try these in order):

If QGroundControl sits forever (for example, Waiting For Vehicle Connection) when trying to connect to the vehicle over Wifi, a possible cause is that IP traffic is being blocked by firewall software (e.g. Windows Defender, Norton, etc.).

The solution is to allow the QGroundControl app through the firewall.

It is possible to simply switch the network profile from Public to Private to allow connections, but this exposes your PC to the Network, so be careful

On Ubuntu you must install Gstreamer components in order to see video streams. If these are not installed QGroundControl is unable to create the gstreamer nodes and fails with:

The download/install instructions for Ubuntu include GStreamer setup information. 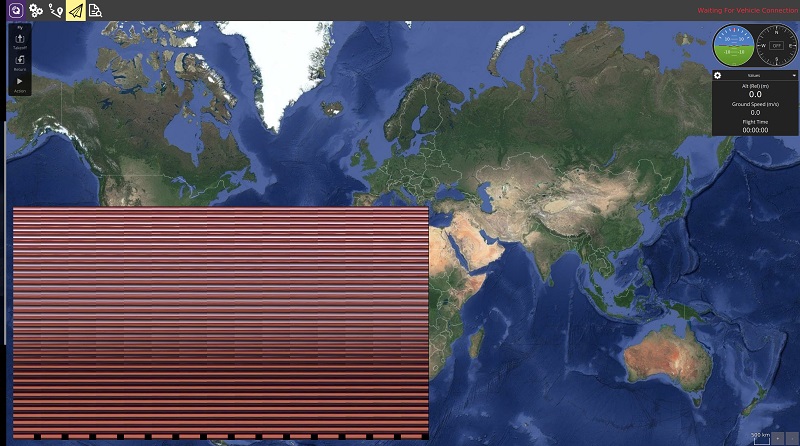 The version of GSteamer in Ubuntu 18.04 has a bug that prevents video displaying when using a VA API based decoder (i.e. vaapih264dec etc.) on systems that have both Intel and NVidia video display adapters.

More generally, while the problem is known to occur on Ubuntu 18.04 with Intel and NVidia VGAs, it might occur on any linux system and other types of (dual) VGAs.

The easiest way to get QGroundControl to work in this case is to start it using the following command line:

Other alternatives are to disable one of the VGAs, uninstall VA API components, or upgrade to GStreamer 1.16 (there is no easy way to do this on Ubuntu 18.04 - please contribute a recipe if you find one!)

If you try you will get the error as shown:

If you need to use Ubuntu 16.04 then one workaround is to build from source without the video libraries.